Victims of sexual assault are speaking. Their bravery and willingness to subject their lives to scrutiny, of the most painful kind, should be supported. I thank them and celebrate their courage. It is time for abusers to be stopped and our culture moved forward in the most noble and protective way forward. 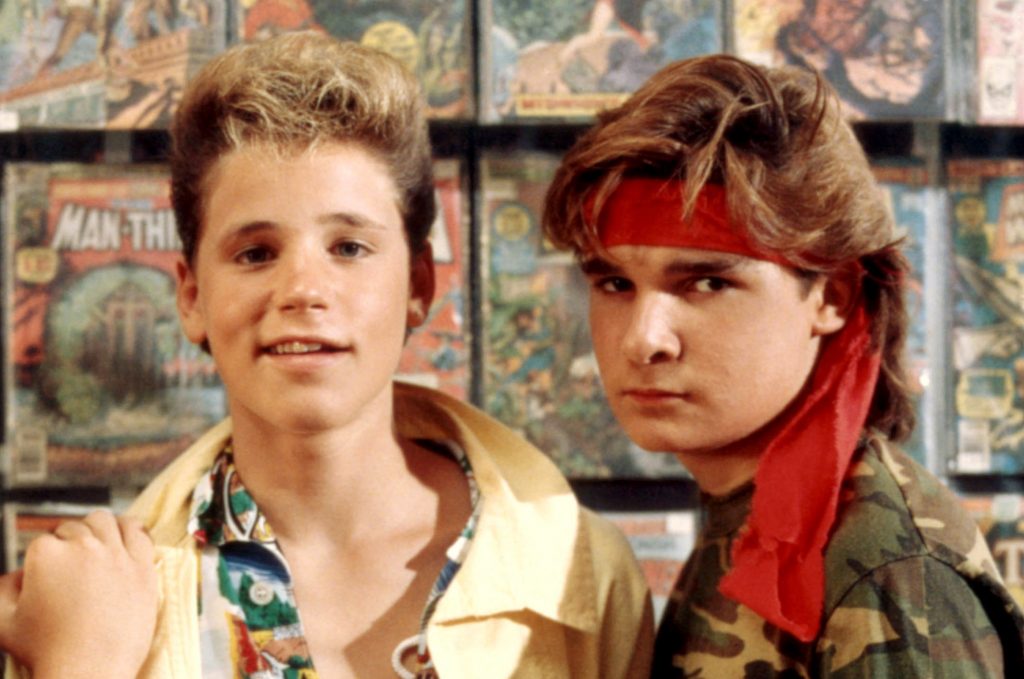 For young performers, growing up in the entertainment industry can be thrilling, fun, lucrative and rewarding, but it is also fraught with peril. Some of us were protected and lucky, while others were not. The dangers included drinking, drugs and lots of bad behavior. Child molestation is horrifying and is tragically visited on innocent children. My mother, Patty Duke, was brave and outspoken about her own having been molested and abused as a child. I’ve seen the hard, painful and complicated conversation about the hows and ways and what to do’s play out throughout my life.

Show business brings adults into close contact with children. In many ways, when appropriate, this dynamic can benefit children. They are treated as professional equals, which boosts confidence, improves their vocabulary and general facilitates maturation. This close proximity of children to adults in a professional context can be healthy, but obviously, parents and others in positions of responsibility can drop their guard. Some kids don’t have supervision or any core support. I observed this dynamic with my dear sweet friend Corey Feldman. While were filming Goonies it was obvious that he was having a rough time. We were friends and I tried to be as supportive as possible. Beyond, emotional affinity, it was impossible to figure out some other way of helping. He was a strong, confident, cocky kid, who was wise beyond his years. I lived with a sense of dread for him.

In the years of our adolescence, it was obvious that he was going down, what lazy and insufficiently compassionate people call, “the wrong path.” When that lead to drug busts and all the rest, I felt deep sadness for my friend. When we would see each other in social settings, it was like two pilots in a canteen waiting for our next mission. He looked more ding’d up than me. But, he’s a warrior, so hugs and separate ways we would go.

Alyssa Milano and I were two of many many young performers who grew up alongside each other in the business. I considered so many of them friends. Not, come over and hang out friends, but oh, it’s awesome to see you again how are you doing, friends. Some guy, Alphy, would host these so called, Soda Pop parties. I have no recollection of how I learned about them or who all was involved. I remember thanking him as a host when we would come or go from Johnny Rockets or whatever restaurant or venue we were at. I didn’t go to many of these gatherings, maybe a few, but they were fun, and a little lame. I know that there were some measures taken to make sure that no alcohol or whatever was around. They were nominally supervised. But, by the time I had a drivers license and could come and go as I pleased, I don’t remember going to any, maybe just one. I was bored of it. My sense was that it had lost it’s currency among the young working professional set and that was that. I think I might have seen Alphy a couple times “around town” in the years after that. Oh hey, how ya doing? Cool, it was great seeing you.

There were probably many other places, hosts, gatherings, clubs, wherever that young performers would congregate or socialize. Mostly, I’m sure, direct friendships or home parties were likely the most regular. Going to movies or whatever—I can’t remember all of the different things. But I had a great childhood. I was never molested. I did meet and interact with lots of people. I’m sure that there were many people I knew who had interest in me that would be against the law if anything happened. I’m sure there were awkward or uncomfortable hugs goodby or who knows what. But, I was able to navigate my life without succumbing to any victimization. Others, clearly, were not so lucky. Corey Feldman communicated to me at some point, what some of his experiences were. I remember aching for him, but not being surprised. When the names of certain people come up, I get a gut feeling, I bet that guy’s a pervert or that dude’s bad news.

There may have been situations with friends or other young performers that if I was paying closer attention or pursued a more concerned approach, I could have identified or uncovered abuse. Sitting here typing this, I can’t think of any, but if I sat down with colleagues and we reminisced and shared stories or issues came to light, I’m sure I would find myself thinking, yeah that sounds right, or maybe absolute shock. I deeply regret not knowing more. I’m disappointed in myself that I didn’t know enough or do enough to help Corey or any kid who was in my orbit that was abused in anyway. I wish I could have helped whoever that person might be. But, and I want to be absolutely clear about this, I AM NOT ASHAMED. I will not be hard on myself.

There is a growing theme in this post-Harvey #MeToo campaign that seeks to cast a wide net, even a witch hunt mentality, that lays blame on people who know or love the victims. This is a very dangerous mode which will ultimately injure people. The public, while very noble and keen at the moment to understand and support victims and have the discussion… or partially have the discussion about sexual harassment and abuse. But the time will come where the media focus goes away and society will face a choice to stay vigilant and change the underlying attitudes and behavior as we all live out our daily lives. But, if people resent having to defend themselves because they were maligned, accused, shamed for living their lives and failing to be better at helping, they may coarsen. Worse, good, decent, caring, loving people will be discouraged from helping. And that would be tragic.

Alyssa Milano is a exceptional and loving woman. She’s one of those, great friends that I have, but we’ve never spent more than ten minutes visiting at this place or that. She took the step of standing with Corey and using his hashtag to endorse his messianic quest to personally rid the business of evildoers. I’ve been communicating regularly with my friend and I’ve been rooting for him and dreading that he will suffer more in some way as a function of following his dream, pursuing his truth and staying focused on the mission he believes he was put on this earth to accomplish.

I am outraged at the twitter police, the large group of people who feel entitled to chastise others, using the cover of stopping pedophilia as their shield. Shame on any of you who think you are better than anyone else.

Elijah Wood made a statement awhile back indicating that there was a major problem with child abuse in the industry. That was someone speaking out. And then people raced to shut him up. His comments were taken out of context and he was made to look as though he was leveling charges that he didn’t make. He clarified that he didn’t have direct personal knowledge of anyone who had been abused or was being abused. Case closed. But no. He was giving voice to an instinct, an educated wondering. It is not up to me, or Elijah or Alyssa to crusade to fix this problem. We can offer insight as to how we experienced our working environments. We can offer support. We can be vigilant.

Corey can crusade. He is very good at crusading. He has my friendship and my loyalty. He has my support, not my blind support, but my reasoned, careful support. His recent media appearances have been masterful. I thought Megyn Kelly missed a real opportunity to connect with Corey on a personal level in their interview. But Corey was great. He has raised a couple hundred grand toward the movie he wants to make. I have no doubt that he will not shy away from depicting the deep pain and suffering, as well as the devious and horrifying tactics that pedophiles use to commit their crimes. If he knows of specific people and can leverage some legal position to stop evil from happening, God Bless him. I’m proud of Corey. But, I do not pledge blind fealty to my friend.

It’s important to me that I help him protect the people that get drawn into his orbit. I thank Alyssa for reaching out and I offer my affirmation that she should not feel shamed or guilted for some perceived omission of aide. She too was a kid. We all were. And now that we are adults, we have even great responsibility to one another.

Stranger Things just came out. It’s really a special time for me and my family that I am a part of something that is beloved and that my character has been so well received. I do not want to spend the primary focus of my public time at the moment speaking into this issue. The media appetite and the zealous self-appointed twitter cops aren’t helping anything when they pick on people and badger them. I’m writing this because my friend was abused. And now, because of the watershed revelations and cascade of predators being forced into the light, Corey’s mission has been activated. There must be a fighting ground that doesn’t overwhelm people’s lives, but allows them to contribute to healing, prevention and progress appropriate to their experience. If you all don’t allow that to happen, people just won’t talk.

Victims of sexual assault are speaking. Their bravery and willingness to subject their lives to scrutiny, of the most painful kind, should be supported. I thank them and celebrate their courage. It is time for abusers to be stopped and our culture moved forward in the most noble and protective way forward.