On the Road for Hillary

The more that people hate on Hillary, the more I absolutely love her. We are down the rabbit hole, we’re on the dark side of the moon, we’re lost in the desert at this point in the Presidential Election of 2016. I wish I could say that I don’t even recognize my country anymore, but I do. This fever dream of civic insanity is all too familiar. 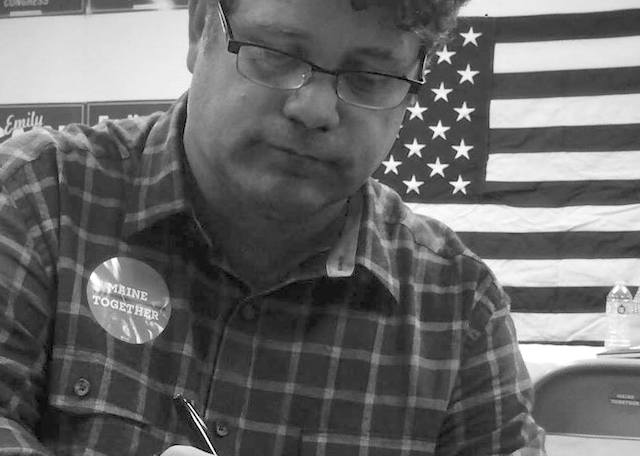 Donald Trump is not clever. He’s just dumb enough to wreck our political system for sport. He’s using 3rd grade, “I know you are but what am I” school yard tactics and “the media” is now totally incapable of dealing with it. The amount of times that hosts and pundits call out his lies is only surpassed by Trump surrogates and the even more pernicious lies they offer in his defense. Worse than that, every single day, this clumsy political oaf is thundering across the body politic, suppressing logic, co-opting any real chance at discussion and completely, alarmingly inverting and obliterating good sense and the right and natural order of things.

No matter what evidence is presented and there is much irrefutable evidence of malfeasance and dishonorable conduct, Donald “wrecking ball” Trump has taken to spitting out the exact same words and phrases he hears, as a way of neutralizing the accusations. My father taught me that two wrongs don’t make a right. What about countless wrongs? Do they make it right for the media to constantly present false equivalencies? That should be the title of this episode: Next on Electing American Presidents: The Year of False Equivalencies.

When I watch the Trump rallies and hear what people cheer for, I take a long deep breath and realize that this election, that American Political and Cultural Life is in serious trouble. The hard work of knowing our neighbors will take many years. In the meantime, our Government simply must be managed properly.

Even if the catalogue of Trumps atrocities weren’t catastrophic and mind numbingly painful, the aspects of his experience that he brags about are enough to make a reasonable determination on. He claims that he uses the system and it’s every nuance to press his advantage… bankruptcy courts and the legal system to bully people around… only paying the absolute bare minimum in taxes that he can, because that’s how rich people think, reveals contempt for the working people he would have pay for the extraordinary increases in spending that he proposes.

Up is down. Wrong is Right. Nothing makes sense when discussions of Trump are around. He’s not a Republican, He’s not a Democrat, he’s a deformed caricature of a man. There is absolutely no comparison to be made.

Hillary Clinton is an extraordinary public servant. Just because many people can quickly parrot the buzz words of the attacks made on her bolstered only with slim phrases and twisted logic, doesn’t mean they have any relevance to the decision before the American people. The reason I must profess my love for Hillary Clinton is to counter the hateful and destructive nonsense that the media indulges in and that festers toxically in the scorched earth social media wasteland.

The character assassination and gutter reporting that the media is trafficking in, represent a clear and present danger to our very way of life. The Trump Candidacy is disgusting. The Hillary for America Campaign is worthy of praise. Criminal Justice Reform, Making College affordable, Improving the Affordable Care Act, with a laudable approach to Mental Health coverage, Dealing with our International Challenges and Relationships in an expert and nuanced fashion… fixing the tax code, energy independence, an ambitious jobs plan, infrastructure, development, trade (not the moronic accusations that she’s going to ruin American jobs… or mischaracterizing her TPP position), making sure the Supreme Court works… and maybe the biggest of them all, there are too many issues to mention, is the fact that she wants, she intends, she will deal with Citizens United and the corrupt Campaign Finance and Political Systems.

Trump folks think that he’s an expert in cheating the system so he’s the one to break in up and fix it… poppycock… Hillary understands money in politics like no-one else on earth… she knows it’s broken and she will work with anyone with a conscience to improve it. So, I love Hillary. I believe in her campaign. I understand and support her agenda. I stand with millions who advocate for a Hillary Clinton Presidency. I’m on my way to Ohio this very moment to Campaign for her.