My grandfather fought in the Second World War, and then drove a taxicab and died of alcoholism. My grandmother was a seamstress during the war and suffered from mental illness. Their youngest of three children, my mother—Patty Duke—was discovered as an actress, and won an Academy Award for her portrayal of Helen Keller in The Miracle Worker when she was thirteen. And in one generation, the extraordinary potential of success that American life affords manifested. 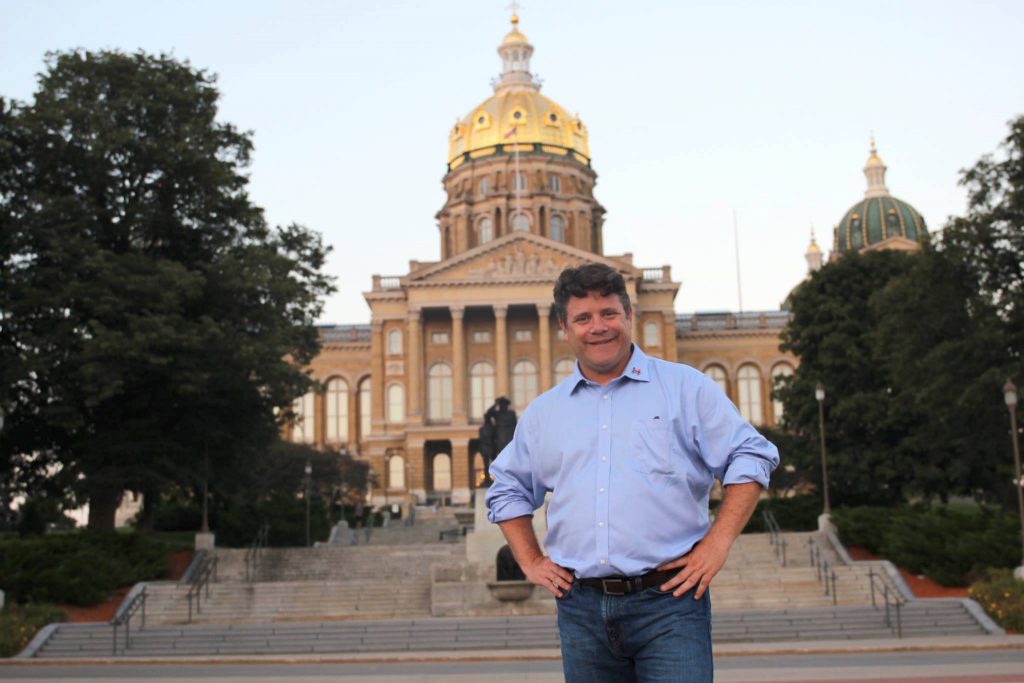 My mother became a very outspoken activist on a whole host of issues, including gay rights, and obviously, with playing Helen Keller, she advocated for hearing and vision-impaired services. She was diagnosed with bipolar disorder in her midlife and she spent probably the most important of her political and activist work on mental health advocacy, destigmatizing manic depression. She was president of the Screen Actors Guild, with Ronald Reagan before her, and so I grew up in a house where America had a super capital ‘A.’ And my brothers and I were raised to believe that the greatness of this country is available to everybody, and should be fought for, and enjoyed by everybody.

And so, when political seasons roll around, I hunt for how I can be involved. It’s what makes me feel the most alive, maybe even more than my professional life, because it’s so clearly about something bigger than myself. Public service is about helping other people, so I campaigned with Hillary Clinton in ’92. I worked very hard in 2008 for her, traveling to thirteen or more states. And the second she announced she was running for president in 2016, I let my availability be known.

I’m thrilled that they’re letting me do this. I’ve been given an opportunity to advocate for her, and for the ideas and for the platform and for the people she intends to help. I’ve been given a lot. I’ve enjoyed a lot of success; I’ve made good money—great money, for some. I have three beautiful children. Been married twenty-four years. And when it comes time to jump on a plane, and go away from them when I’m not working, they think, Jeez, Dad, don’t you want to hang out with us when you have free time? I look at them and say yes, but this is really important, and I have to be on the right side of history. There’s no question that when I am given the opportunity to be a national surrogate for Hillary, I jump at the chance.”